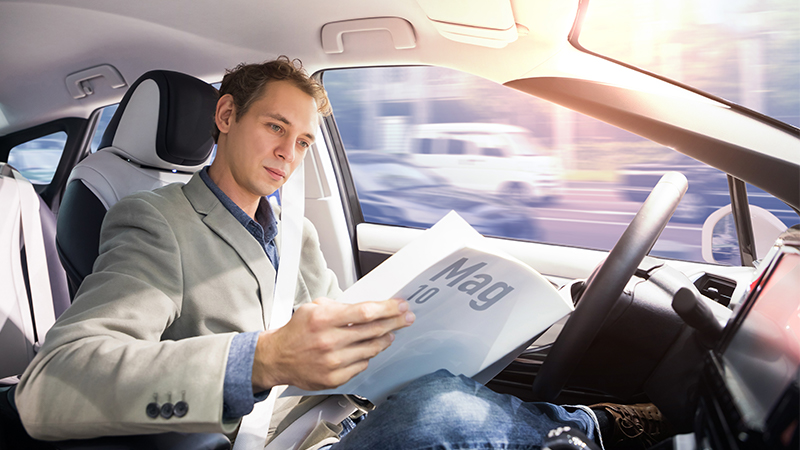 Safe performance of other activities in conditionally automated vehicles

Automated Lane Keeping System (ALKS) is a vehicle technology that keeps the vehicle within its lane and controls its speed for extended periods without further driver input. At present, the system is intended for use at low speeds on motorways. The system will provide a driver with the potential to engage in activities other than driving while a car is in motion on a public highway. This report summarises the findings from a review of literature that sought to understand which activities could be safely performed by a driver in a conditionally automated vehicle using ALKS.

The review established a recent body of evidence largely based on simulator studies. Lack of a consistent testing protocol for measuring driver attention and performance makes comparison difficult but themes have emerged from the volume of literature. These include the increased risk (e.g. time required to take back control) posed by engagement with handheld devices, and potentially related to this, tasks that demand considerable visual engagement. Some of the risk may be mitigated by existing legislation (e.g. on handheld devices) and the current ALKS specification requiring a ‘driver availability recognition system’ that should ensure the driver retains a minimum level of situational awareness and is ready to take back control. Nevertheless, at present there is a reliance on manufacturers and software developers to determine what drivers can and cannot do using in-vehicle controls and how the driver availability recognition system will be implemented. The use of ALKS at higher speeds and as an Advanced Driver Assistance system is also considered, although significant risks with both scenarios are raised and further research would be needed to establish what would be safe in these contexts.