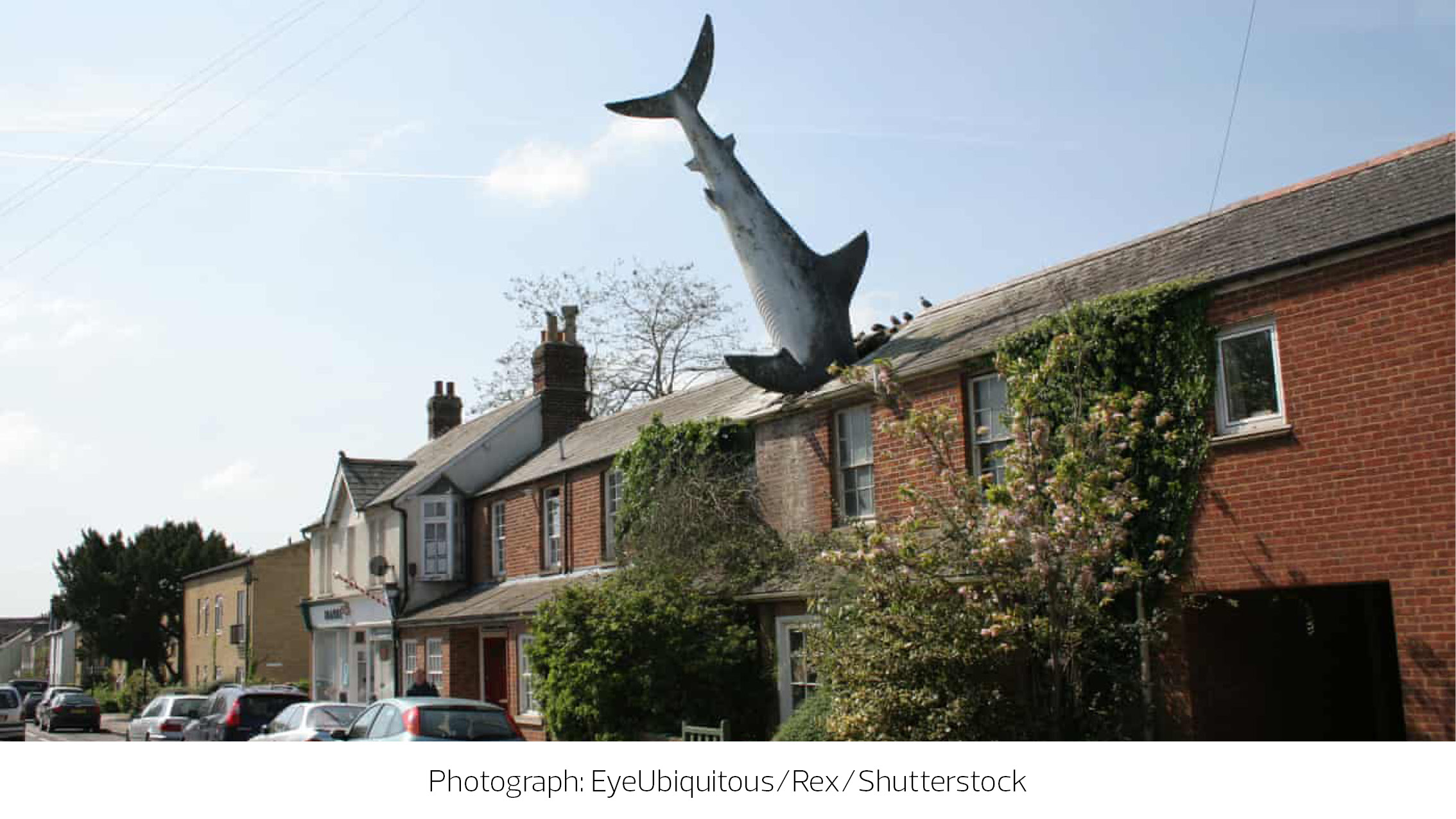 Can I see you? Sharing the road with others

Malcolm Palmer discusses the role of 'surprise' in accidents, how 'expectation' works for road users, and how it could be improved by novel approaches to driver and rider training.

In a previous paper, Shaun Helman (Helman S. (2020) Can you see me? The timely detection of other road users) wrote about conspicuity, considering the important role played in road safety by ‘detection’ and the related concept of ‘conspicuity’. He closed by saying: “Now keep paying attention and try your best to work out what happens next.”

In this paper, I want to continue with that theme of ‘working out what happens next’. Crashes where conspicuity is a factor will typically involve two or more road users and – usually – the drivers and riders will have had the opportunity to avoid becoming involved in the crash.

The ‘can you see me’ article also discussed how conspicuity might involve an object being ‘expected’ by an observer. I will discuss how expectation might work and how it could be improved, potentially leading to changes in driver and rider training. Finally, I will introduce how a change in thinking might lead to safer roads and an easier driving experience.

Many authors have written about how drivers might – or might not – expect to see objects and how that would affect what they saw. This suggests that there are implications from expectation, with effects on how drivers and riders act and react.

Simply thinking “That car ahead might emerge” could start a process that might shorten reaction time and improve braking performance. This is the basis of what is usually known as ‘hazard perception’. The Hazard Perception segment was added to the UK Theory Test for learner drivers in November 2002, after a major programme of work funded and led by TRL. Originally the test used video clips, which were replaced with CGI clips in January 2015. The test requires that learners identify situations that are ‘developing’, meaning that – on the road – the situation would require taking action, such as a change of speed or direction (see https://www.gov.uk/theory-test/hazard-perception-test). Subsequent research showed that hazard perception training and testing could have accounted for an 11% reduction in collisions (Wells et al., 2018).

This idea of situations ‘developing’ is also part of the UK’s driver training history, much of which has come from police techniques documented in the police Roadcraft manuals (HMSO). These manuals have developed from techniques originally introduced in the 1930s at the Metropolitan Police driving school in Hendon, then subsequently published for public use. That first edition (then actually ‘Road Craft’), published in 1955, introduced the idea that drivers must plan for “The possible circumstances which may reasonably be expected to develop” and continued on to give several examples. Later editions coined the term ‘observation links’, for example: “Traffic is turning ahead. Other vehicles may emerge.” [Very simply, how might that affect me?] However, the section on observation links was preceded by the suggestion that “… others may do something foolish”. We will return to this later.

Despite good anticipation skills being the bedrock of safe driving, many riders and drivers do seem to be surprised when the situation in front of them develops in a way that they hadn’t expected.

“Surprise is defined as a cognitive-emotional response to something unexpected, which results from a mismatch between one’s mental expectations and perceptions of one’s environment.”

“Startle is typically elicited by sudden exposure to intense stimulation that generates: (a) an involuntary physiological reflex, similar to a flight/fight reaction, with an emotional response component, and (b) a conditioned, behavioral startle response.”

From the viewpoint of someone in a ‘developing’ hazard situation, having improved hazard perception skill might help them identify the situation earlier, allowing more time and space to take action to avoid involvement in a crash. But the startle reaction might still work against them by stopping them from taking any action.


“Many riders and drivers do seem to be surprised when the situation in front of them develops in a way that they hadn’t expected.”

However, even if a driver is not surprised when the hazard develops then there is the possibility that they might not know what action to take. In a simulator study, Landman et al. (2018) tested whether training of pilot responses to unexpected or novel events can be improved by including unpredictability and variability in training scenarios. They concluded that pilot training should be organised to include unpredictable and variable scenarios to improve transfer of training to unexpected situations in-flight.

The idea of ‘going wrong’ was mentioned earlier, with the suggestion that “ … others may do something foolish”. But how often do ‘right things’ go ‘wrong’? Most of the time, things go ‘right’. People will rarely take deliberate action which they know is ‘wrong’ and that is likely to cause a crash. Instead, when something goes ‘wrong’, people are often just doing what they think is ‘right’ – and possibly have taken exactly the same decisions as they have done many times previously. They will be taking decisions based on the knowledge that they have and their expectations on what will happen.

How, then, do things go wrong? There are two simple models, or descriptions, used commonly to describe how things go wrong: ‘chain’ and ‘Swiss cheese’.

In the ‘chain’ description, the suggestion is to visualise a chain where each link could fail. Each link is an individual factor where its failure results in the whole chain failing. The Swiss cheese model (Reason, 1990), uses the comparison of a stack of random slices of holey cheese. If or when a series of holes align through the stack of slices, then ‘failure’ - or ‘going wrong’ - happens. How do those two models work in driving? A simple example of ‘chain’ might be a car’s steering wheel becoming detached, with the consequence of immediate loss of control. A ‘Swiss cheese’ example could be when circumstances (or causal factors) accumulate: low grip road surface, heavy rain leading to standing water, tyres with insufficient tread depth, the car travelling at a speed beyond that which allows the tyres to clear water away. The consequence here is the car skidding, a loss of control. That, usually, is how crash situations develop: rarely one single cause, instead usually multiple, often interlinked, factors. In the ‘SMIDSY’ (Sorry, Mate, I Didn’t See You) crashes discussed in the ‘can you see me?’ paper, there are usually a series of smaller ‘holes in the cheese’ that combine to create the crash, leading to the new, but much less catchy, ‘SMISYBDJYASWSATSGDM’ (Sorry Mate I Saw You But Didn’t Judge Your Approach Speed With Sufficient Accuracy To Support Good Decision Making).

“SMIDSY” is traditionally said by a driver, looking down at an injured motorcyclist, who is prone alongside their crumpled bike. What of the rider’s part in the process? As one expression puts it, “it takes two to tangle” – meaning that it’s not mandatory to become involved in a crash that someone else is creating. The rider should also be using their hazard perception skills to identify potential crash situations before they develop, then start to take actions to reduce the likelihood of a crash or, if necessary, take evasive action to escape or evade it. There’s a necessity that riders (and drivers) expect and predict that they won’t be seen (or that other things can and will go ‘wrong’), so are prepared to act sooner.

It’s reasonable to assume that, without seeing either an object or having some sort of clue or hint that it’s there, drivers won’t react to it, so improvements can potentially come from improving expectation. But seeing isn’t understanding, and if drivers don’t understand then they are unlikely to make correct decisions. That’s not ‘foolish’, instead they make a ‘best’ decision from the information they have.

There is potential for training interventions to be developed that incorporate ‘surprise’ events. An unpublished evaluation, carried out by TRL in 2018, of a series of powered two wheeler rider training courses, highlighted inconsistencies in the way that common crash scenarios and risk factors were targeted across the courses and suggested that this could provide the basis for modifications. Simply: if riders are not aware of, and not trained on, the common crash types that they are likely to experience, then they are probably less likely to expect that experience and survive in one piece.

Taking this further, a brief search on YouTube will find many video clips where riders and drivers experience ‘surprise’ events. But these events are rarely unique or unusual; more often they are ‘car emerges in front of motorcycle’ or variations on this theme; predictable, and possibly preventable in some cases. Could we simply harness this idea in training approaches, by providing drivers and riderswith the one thing about driving that certainly helps our safety – experience of all the surprising things they have yet to encounter? Recent research by Horswill et al. (2021) (see http://espace.library.uq.edu.au/view/UQ:2b868f4) shows that researchers are onto this idea. Although this type of awareness training has been discussed for many years, it took the availability of lightweight video cameras and YouTube to begin to make it possible.

If an even greater awareness of typical ‘developing’ crash scenarios can be included in training, then there is potential for a reduction in crashes. However, that does rely on road users acknowledging that their having ‘right of way’ or ‘priority’ doesn’t mean that someone won’t encroach.

Further, if there was to be a greater acceptance that people will make mistakes, errors of judgement, fail to see, fail to understand, etc., then there is potential for a reduction in ‘road rage’ too. If someone makes a mistake in front of you and you have predicted it, it’s not a surprise, you could accept it as part of daily road use. Perhaps, then, if you make a mistake, others will react to you in a similar way.

This style (perhaps ‘lifestyle’ more than ‘driving style’?) has been described as ‘pro- social’. Harris et al. (2014) developed a new questionnaire, the Prosocial and Aggressive Driving Inventory (PADI). Although intended as an evaluation tool, it hints at how looking out for each other might be developed to improve road use.

Can I see you? Yep. And I know what you might do next.