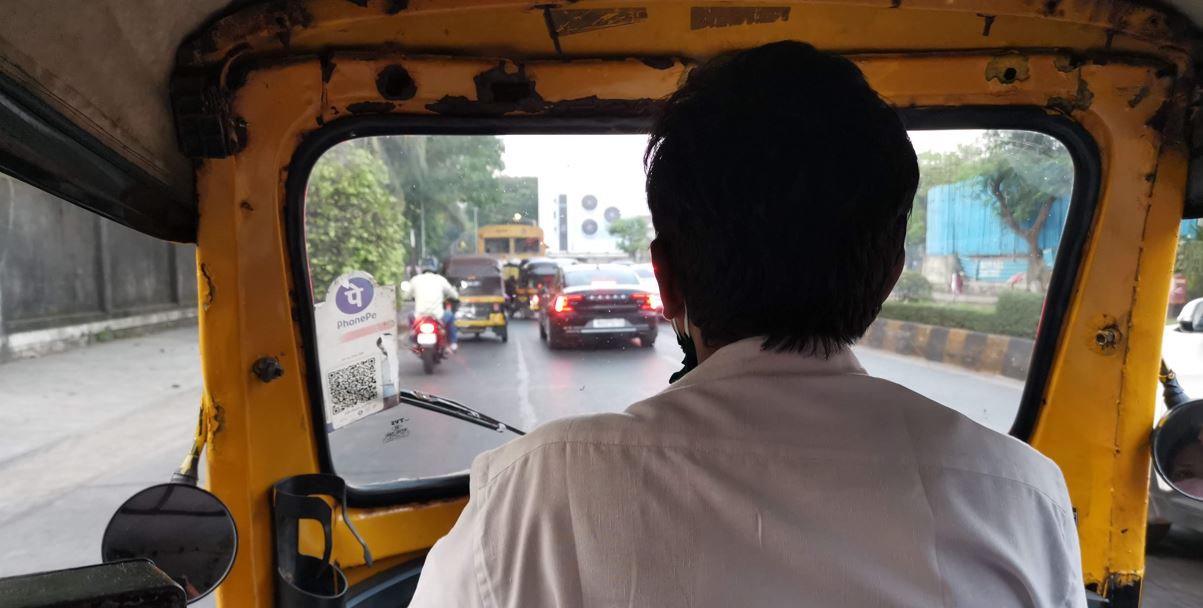 Is road safety really a priority?

Dr Neale Kinnear was inspired on a visit to India to compare attitudes to road safety and what that means for a desire to reach Zero road deaths.

You have a heightened awareness of risk when using the road, an understanding of what good and bad infrastructure looks like, good and bad behaviours, and safe and unsafe vehicles. Moreover, you have a heightened awareness that life can change (and be lost) in a split second with an unfortunate combination of factors. While sitting in a rikshaw travelling through Mumbai last month, I didn’t feel excitement, I felt at risk. I also wondered why the cars on the roads in India are typically zero star vehicles according to Global NCAP test standards, when the same car in Europe gets 5 stars. It means that almost every car on their roads offers very little protection to occupants and other road users in the event of a crash. Added to low levels of seatbelt use, mobile phone use while driving and riding, and poor infrastructure, it is (sadly) easy to understand why over half a million people are killed or injured on India’s roads each year. These casualties are innocent people going about their day-to-day lives in a wonderful and vibrant country.

No one embarks on a journey with the intention of being involved in a crash¹ , in fact, we are innately predisposed to actively avoid danger and therefore adapt our behaviour to avoid conflict with others. However, we are also innately fallible and will make errors of judgment and mistakes, even when trained and experienced. Most of the time, we get away with these lapses and errors, but when combined with other factors outside our control, a crash can result. When it does, the impact on the driver, occupants and other road users will ultimately depend on trajectories and energy dissipation. Think of the margin for error on single carriageway roads with vehicles travelling at 60 mph in opposite directions. There could be 50 centimetres between passing vehicles, with the energy of a 120 mph crash to be dissipated if just one person has a momentary lapse.

Great Britain and other European nations have traditionally boasted about having the safest roads, either per capita or miles driven. This is often a line used by officials as a cloaked sign of success, closely followed by “but we must do better”. The reason we must do better is that despite being a leader in road safety, on average, typically, 5 people lose their life on our roads every day. And, every day, 71 suffer life-changing injuries and 325 are hurt requiring hospital treatment. We don’t accept this level of carnage on any other form of transport, so why do we accept it on the roads? Why do we find it acceptable that so many people will be harmed, families and communities destroyed, and health systems burdened, just because people are trying to get from A to B? I have said it already, but again, this is people innocently going about their day-to-day lives. The truth is that most drivers don’t even think about it. Those on other modes do though, they feel it. Pedestrians, cyclists and motorcyclists are much more aware of the danger they face; sadly it doesn’t save them from factors often outside of their control – there is only ever one winner when vulnerable modes physically interact with a vehicle.

Nevertheless, a look back at historic data shows how far we have come: seatbelts, infrastructure, minimum vehicle standards and targeted enforcement of behaviours such as drink driving have got us this far. We have done well – but now we’re stuck. Since 2010, little improvement has been made. We have spoken of Vision Zero and Safe System thinking since the late 90’s – but we’re still trying to work out what that really means, and whether Zero is achievable. Even the best performing countries are struggling now.

In truth, zero is achievable, because roads should be a controlled transport system, but it is fatally flawed until we treat it as such. Let’s be honest, safety is not the number one priority for politicians, management agencies, or the public. Transport Focus tell us that drivers’ biggest concern isn’t the fact that their fellow road users are being killed and maimed every day, it’s that the road surface isn’t very comfortable to drive on. Governments and transport agencies have long focused on the driver, trying to ‘fix them’, avoiding anything that might regulate or impact on our rights and freedom, ignoring the contractual responsibility that comes with being a licence holder. Any occupational health and safety scheme will tell you that you can’t fix people to reduce risk. You have to manage risk through process, regulation and safety nets to account for the inevitable mistakes that humans will make. The strongest mitigations look to remove known risks. If that is not possible then to substitute risky situations with an alternative solution, or finally to minimise the risk. The weakest option is relying on the user to manage the risk (e.g. the driver).

On the roads, an example would be installing central barriers on single carriageway roads as the most effective way to eliminate a source of catastrophic risk (head-on collisions), while asking or educating drivers to drive more safely is the weakest. The former is clearly more costly and complex than the latter, but it can be done (as it is in some countries) if saving lives is the priority.

While a significant shift in our approach to the road system is required, there is some hope on the horizon. Internationally, Global NCAP is generating consumer pressure for vehicle manufacturers to improve standards worldwide – there are now a handful of 5 star rated vehicles available to consumers in India, for example. With Bloomberg Philanthropies, TRL identified the potential saving of over 195,000 deaths and serious injuries by 2030 in Latin America from setting improved vehicle standards. Meanwhile, last month saw the launch of the UN Road Safety Council’s Second Decade of Action, prompting governments to refocus attention on safety and sustainability. Road crashes is the number one killer of young people aged 5-29 years, after all.

Advanced Driver Assist Systems (some mandated in the European General Safety Regulations due from 2022) and better use of data is our best hope for a near-term significant shift in safety on our roads. Last month also saw the launch of a consultation to develop an independent UK Road Collision Investigation Branch (RCIB), bringing roads in line with air, rail and maritime. We shouldn’t forget that doing the basics better now will also save lives (e.g. speed management), but not everything has to be done as it always has been. What if we were to innovate licensing, using telematics data to determine real-world driving standards over time, rather than use a one-off test, for example. What if vehicles communicate with each other and infrastructure to adapt speed, improve flow and avoid conflict with vulnerable road users? What if having a licence and/or a vehicle was a responsibility and critical data were shared for the greater good and protection of all?

In India, a man told me he was looking to buy a new car and test drove an Indian manufactured 5* Global NCAP car the previous week. He was proud. He was empowered to make a choice that could enhance his family’s safety. Traditionally we have called on governments and industry to lead the way, but too often, it is consumers, engaged citizens, that do. Policy and regulation doesn’t always have to be seen as impacting markets, rights and freedoms, it can support and empower too. To shake off the stagnant crash rates seen in many countries will require significant effort. Safe System thinking and technology is likely to make the next dent in casualty rates, but to achieve Zero, or anywhere close, requires an explicit shift from government to user to morally prioritise human life on our roads, above all other competing motivations.