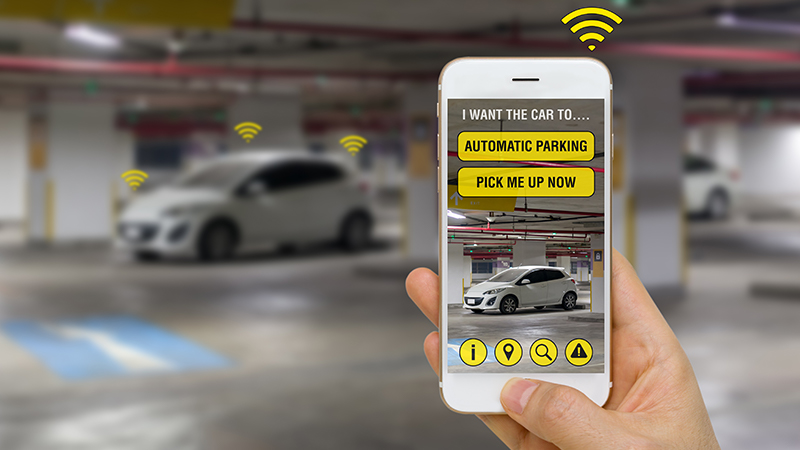 Numbers or feelings: what’s more important when it comes to AV uptake?

Kristen Fernandez-Medina, Senior Psychologist at TRL considers if it is time to move away from a focus on industry standards of safety, or accept and work with subjective perceptions of what is safe in order to naturally build trust in automated vehicle technologies.

During a panel session for the recent ITS UK Active Travel and User Behaviour joint Forum, I discussed the findings from TRL’s work in the Streetwise passenger trials, some of which suggested that individual’s perceptions of safety linked to aspects such as the display of ‘human-like’ traits by the autonomous driving system (ADS) (Fernández-Medina, Holcombe, Collins & Wardle, 2020). On the panel following the presentation, I was asked how it would be possible to quantify the safety benefit of an automated vehicle (AV). Thinking about the results from this and previous trials, it occurred to me that, when it comes to behavioural change (and, considering modal shift from existing modes of transport to AVs, for example), it’s possible it won’t be much about the cold hard facts, instead, it’s going to be about working within the developing perceptions (and the many internal, experiential biases) of end-users and what they operationalise as ‘safe’.

I’m not suggesting for a moment that the quantification of safety is not important. Much work has focused on developing models that can identify what the life-saving capability of AVs will be in future. A good example of such work was undertaken by TRL in 2017, where a study was conducted to developed a methodology to assess the effect of the introduction of SAE L4 AVs on collision distribution using UK Road Accident In-Depth Studies (RAIDS) data (Robinson, Wallbank & Baig, 2017). These facts are key when it comes to developing an industry-wide narrative that can support investment and shared goals among different transport and innovation settings. They will also undoubtedly play a role in the wider modal shift campaigns to be rolled-out in future (once the AV technology is market-ready, at least within initial, limited use cases), as part of a suite of behavioural change methods and messaging to ensure uptake.

However, the reality is that facts aren’t necessarily the catalyst for behavioural change. Take, for example, the optimism bias associated with crash risk (DeJoy, 1989). Every year, numerous organisations use well-researched crash statistics in their road safety campaigns. It could be argued that a large part of the driving population has come across some of these facts at some point in their driving career. However, we continue to see overconfidence and optimism when it comes to an individual’s perceptions of their own relative crash risk. Another example, more in line with technological developments, relates to the uptake of electric vehicles (EVs). The various decarbonisation and financial benefits of EVs have been widely promoted over the last decade or so. Yet, over 20 years since the first hybrid vehicle came to market, uptake of EVs has until very recently remained low. While it would be ill-informed to suggest that the culprit of such a lag in uptake is simply to do with internal biases (range anxiety is a commonly cited and very real barrier to the uptake of standard market EVs), the question remains as to why the ‘facts’ haven’t played a more central role in persuading potential customers to make the switch.

When it comes to AVs, the questions about uptake (and perhaps more in the medium term, acceptability, acceptance and trust) are complex. Not only is current research often limited by an inability to provide potential users with direct exposure to the technologies in question, but we are still working on defining the research questions themselves, and in some ways, the accurate measurement of the constructs of interest. Note the use of the word ‘measurement’ here, which in this instance relates to how we come to understand the underlying principles that govern the biases and perceptions I refer to earlier. For example, one of the aims of the research TRL undertook as part of the StreetWise project was to gain an understanding of how members of the public (everyday potential end-users, with no real specific knowledge of AV technology) define concepts such as ‘safety’ and ‘trust’ in their everyday lives. The point of this exercise was to take a step back and start from the beginning: when we ask people how ‘safe’ they feel, do they think about safety in the same way as we (the industry) do? This is a really important factor because step one in the AV rollout road-map has to be for end-users and industry (e.g. the people developing the technology and services that people will be expected to use) to be talking about apples and apples (rather than apples and pears).

The research findings showed that the concepts of safety, security and trust varied considerably in how they were conceptualised by individuals. What’s more, no clear-cut set of overlapping parameters could be identified that provided a unique definition for one or the other; this was more strongly the case when considering safety and security.

The research also suggested that, when it comes to attributing feelings of safety, anthropomorphism (the attribution of human characteristics or behaviour to and object, in this case, the ADS) plays an important role. This is by no means ‘new’ evidence as research has suggested that this is important to end users in relation to acceptance and use of technologies. However, when it comes to AVs, what this does tell us is that, at least at present, people feel that there’s something about the complexity of human capabilities that is more trustworthy and safe. This is despite the wealth of evidence (and, in most cases, personal experiences) that show how our visual and cognitive systems are heavily flawed and prone to error; a central (if not ‘the’ central) problem that AVs are expected to fix. Yet, enthusiasm and trust of AVs are still not guaranteed.

To finalise, and find a way back around to the initial question: what’s more important when it comes to AV uptake, numbers or feelings? The answer is that they both have a role to play. However, feelings (perceptions, experiences, etc) aren’t just a passive agent in the acceptance and uptake of new technologies that can be easily changed with facts. Instead, they are an integral part of the AV development ecosystem that have to be well understood and consistently integrated into ongoing R&D.