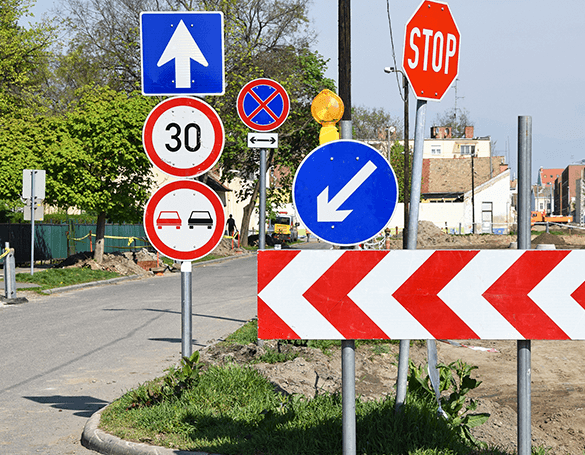 Speed: an essential part of the safe system approach

Dr. Shaun Helman, Chief Scientist at TRL takes a look at speed as an essential part of the safe system approach, as part of a "back to basics" series exploring some essential transport issues and busting a few myths.

Everyone understands the danger of speed on the roads. Really – everyone. You can test this easily by asking the following question of anyone who argues that high speeds are not really that unsafe.

“Is driving a car through a narrow residential street at 90mph safe?”

I’d be very surprised if anyone says “yes”.

Somewhere on the way to this obvious understood-by-everyone example however, opinions diverge. Occasionally, a minister will suggest that speed limits on motorways should go up to 80mph, and it can seem like we have lost our shared understanding that speed is an important part of the road safety mix.

In this short article I would like to examine what the evidence says and remind us all what this means for anyone taking a Safe System approach to road safety.


Speed is an essential part of the Safe System approach

If you take time to read about the Safe System approach to road safety, you will spot some central themes. First (read about it here) it accepts that people make mistakes, and that crashes will occur. Second, it has a central aim of reducing the energy in those crashes to a point that is tolerable by the human body without serious or fatal injury. Third, almost all implementations of the Safe System approach allude to safe vehicles, safe roads, safe users, safe speeds, and good post-crash response, along with the importance of road safety management covering all of these.

All relevant stakeholders in Great Britain seem to be ‘bought in’ to this approach. There are wrinkles in the interpretations of course; for example in Highways England’s recent summary on their thinking, safe speed is not highlighted in the same way that safe roads, vehicles and drivers are. Despite slight differences though, the control of speed is central to the management of risk on all types of road; everyone who is serious about road safety agrees with this.

When we look at the evidence base, it is clear why this is a good thing.

In the event of a crash, injury severity goes up with speed.

TRL research in 2000 concluded that “…the evidence is compelling that in a given set of road and traffic conditions the frequency of accidents increases with the speed of traffic and the higher the speed the more rapidly does accident frequency rise with increases in speed.”

Fast-forward(!) to 2019 and we have a meta-analysis from Elvik and colleagues covering research published since 2000 which concluded that “…the relationship between speed and road safety remains strong…(and)…is the same at the individual driver level as at the aggregate level referring to the mean speed of traffic.”

The laws of physics, the frailties of the human body, and the limits of human performance are in no way surprised by this evidence base.

Control of speed helps safety, and pretty much everything else too

From a safety perspective then, the evidence is clear on the risks presented by speed. And not surprisingly, when speed is enforced injuries decrease. But this is not the only impact of reducing speeds.

For example, lower speeds mean road users have more chance to think about, and properly understand the road environment. Drivers have a greater chance of making accurate perceptual judgements of oncoming motorcyclists and when approaching horses at night. For children, things are even more profound: one study has shown that unless still and directly fixating on an approaching vehicle over five seconds away in time, children aged between 6 and 11 years cannot reliably detect the vehicle’s approach at speeds of 30mph or greater, because their visual system is still developing.

The control of speed is especially important in urban areas, where interactions between vulnerable road users and motor vehicles are more likely. This is true not only from a safety perspective, but also if we want to increase rates of walking and cycling, and other active modes; in areas with lower traffic speeds vulnerable road users feel, well, less vulnerable.

The careful management of speed also helps with reducing the carbon footprint of transport.

This is the great thing about reducing speeds. I can think of no other single measure that helps as much in almost every circumstance, on multiple outcomes, in making things better.


But why do so many people do it (a little bit)?

The free flow data from Great Britain in 2019 show that around 54% of cars on 30mph limit roads are exceeding the speed limit; this drops to 6% when considering those travelling at 10mph or more over the limit, which does at least mean most people exceeding the limit are doing so at ‘lower’ levels.

Elsewhere I have written about the fact that it makes sense that while everyone gets the message in the ‘90mph’ example at the beginning of this article, people don’t really notice the ‘less serious’ (but more numerous) transgressions. It’s just less obvious. It doesn’t ‘stand out’ as obviously unsafe, in the same way. It isn’t just the ‘extreme’ speeders that have to take responsibility though. We all do. The risk of fatality or serious injury goes up even with modest increases in speed – it is not just the ‘very reckless few’ drivers who increase collisions and injuries for everyone, and put cyclists and pedestrians off being active, but also the ‘slightly reckless many’ who may be driving ‘only slightly’ faster than the speed limit, or than conditions warrant.

We need to stop making excuses for this and remind everyone that they have their role to play.


Let’s remind ourselves of the evidence, and get on with creating the future of transport

Everyone gets the basic principle. The evidence is clear. Management of speed (and for the avoidance of doubt, this means lower speeds in almost all cases) help us achieve much of what we need to as we reinvent transport. It is understood that we are all going to make some mistakes, but we can all improve and take responsibility.

In summary the careful management of speed must form part of the clean, safe and accessible transport system we are ALL building for the future.