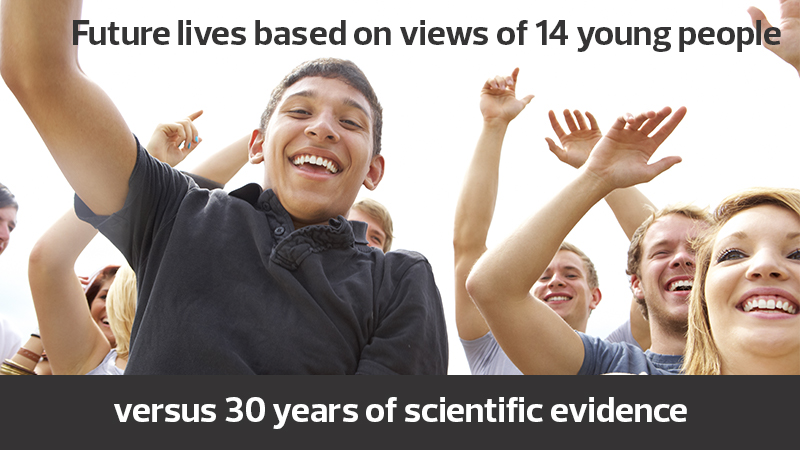 TRL's response to TSC report on young and novice drivers

What happens when opinion is valued as much as scientific evidence? People will die.

The House of Common Transport Committee published its “Road Safety: young and novice drivers” report today. The purpose of the committee, originally launched in July 2019, was to collate evidence on the reasons why young and novice drivers are at a higher risk of being involved in a road traffic crash, and what the Government can do to reduce these risks. Proposals to monitor ongoing initiatives and for new research to understand the risks for older-novices, rural young drivers and telematics are to be welcomed. However, the committee’s ‘significant’ concerns about the impact of strengthening driver licensing misses yet another opportunity to save lives.

The reason for the inquiry is that young and novice drivers are overrepresented in collisions on Britain’s roads, and are more likely than older (more experienced) drivers to be involved in fatal and serious crashes. In addition to being at risk to themselves, they are also more likely to be involved in collisions that kill or injure their passengers or other road users.

Unfortunately, the committee has failed to protect all road users. In doing so, they have underlined why without government action, Highways England, Transport Scotland, TfL and others will not meet their vision zero casualty targets.

Successive Transport Select Committee reviews claim that young people might be adversely impacted by strengthening the licensing process, for example, by introducing temporary restrictions for newly licensed drivers such as driving solo at night or with similar aged passengers. These restrictions, often included as part of a graduated driver licencing (GDL) system, have over 30 years of published scientific evidence showing a consistent effect of reducing collisions and casualties across several continents. Despite there being no evidence of economic impact to young people in every state in the USA, Canada, Australia, and New Zealand, it is claimed that temporary restrictions will limit access to jobs and education in Great Britain. The support for these adverse impacts is largely based on conjecture and amusingly (although it really isn’t funny) the opinion of 14 young people. The committee report states, “Of the 14 young people who participated directly with us at our engagement event, all but one opposed night-time and passenger restrictions for new drivers...” (p4). Incredibly, the opinion of these young people has been given as much weight as 30 years of scientific research in drawing conclusions, “The Department has made clear it does not currently support the introduction of a GDL system. There is also not a clear mandate for the introduction of GDL restrictions as opinion remains divided on its implementation among young people who would be most affected by its introduction.” (p31).

Our understanding for why young and novice drivers are involved in crashes is good. For example, the risk of collision involvement for young drivers is eight times higher between 2am and 4am. Using temporary restrictions for new drivers to mitigate these known risk factors is pretty simple. A similar contradiction is made with regard to rural young drivers. The report notes that 73% of young driver fatalities occur on rural roads. Clearly access to transport is of greater need in rural communities, but surely not at the expense of lives. Strengthening the licensing system empowers young people to learn to drive in a safer system, one that protects them and other road users.