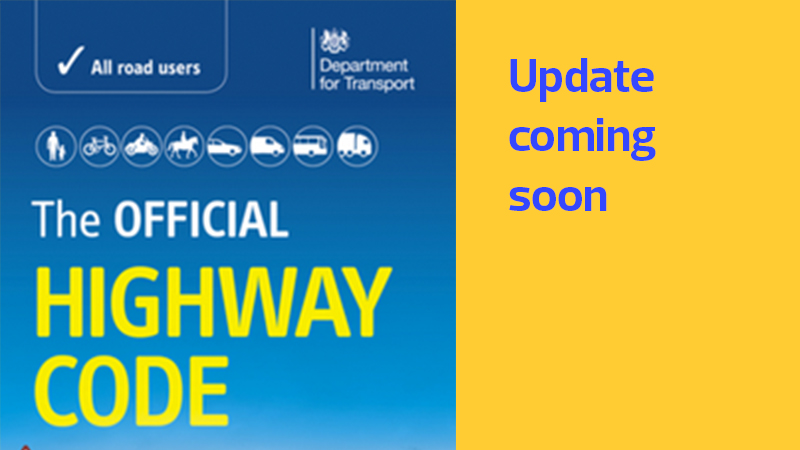 Updates to the Highway Code - instructions for high speed roads

Highways England is leading the update process to the Highway Code, introducing new guidance on driving on motorways and major A-roads. In a public consultation, Highways England asked if the newly worded rules will make drivers feel better informed and more confident about driving on “high-speed roads”.

TRL have been looking at the updates and submitted our response. We focused in particular on the proposed advice to road users on what to do in breakdowns, as the instructions should be extremely clear, and should make use of recent good practice.

We know from decades of research that the information made available to road users has the potential to make an important contribution to their safety, through the 'safe road user' pillar of the safe system approach. Broadly, the changes proposed in the consultation seem sensible and in line with developments to the motorway and other fast road infrastructure in England. But we have drawn attention to some ambiguities in the use of language and illustrations in the proposed new text, which we found confusing and felt could be made clearer.

In our response, we questioned both the extent to which people actually engage with the Highway Code once they are beyond the driving theory test (which they need to pass in order to gain a driving licence), and the impact of the Highway Code on their knowledge and driving behaviour. We suggest that evaluation could be undertaken of both outcomes. To be viewed as a success, the changes should lead to greater engagement, greater understanding of the contents, and safer behaviour, by all drivers regardless of when they passed their driving theory test.