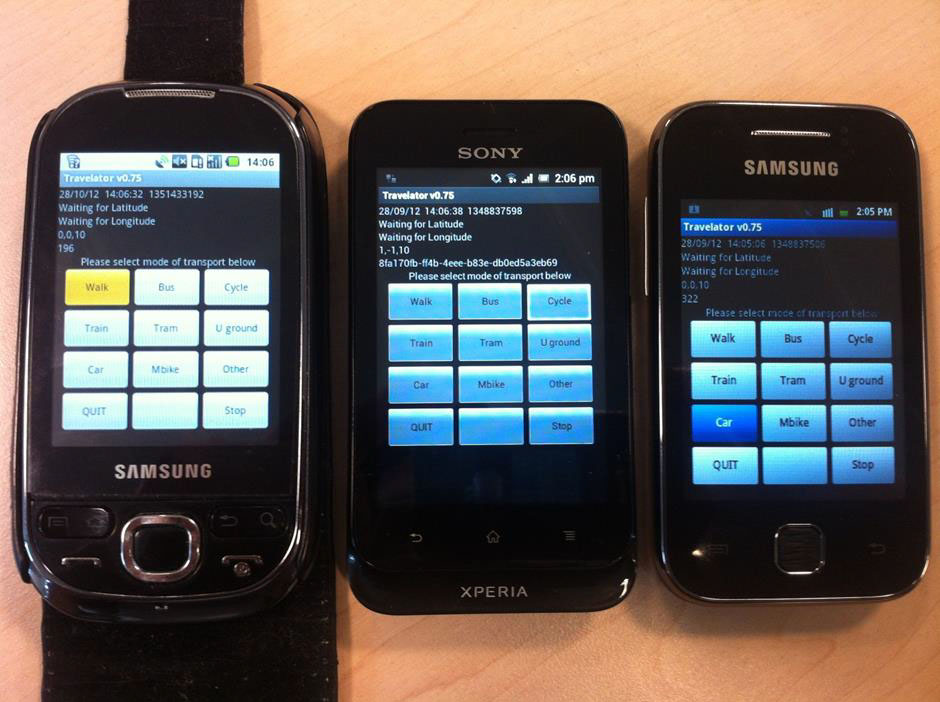 A project looking at use of smartphone apps for collecting data on road condition and analysing journeys such as commuting.

Smartphone adoption rates have been increasing in the past decade with more affordable smartphones penetrating the UK market. These smartphones are capable of collecting data from various sensors in the phone and transmit large amounts of data. Based on the that a re-investment project was proposed to build up internal knowledge and experience of

The project team developed a model smartphone application for the Android smartphone platform which was capable of collecting GPS and accelerometer data from smartphones. This was linked to a web based database which is able to anonymously collect smartphone data and store information for future research.

The project undertook a track trial which invited researchers’ form Surrey, Nottingham and Cambridge Universities and the trial was undertaken using the smartphone technology along with HARRIS 2 and telematics technology built onto two light goods vehicles, the smart phone was also trial when walking and cycling as well.

The project successfully delivered a smartphone application and linked database system that a smartphone will automatically download GPS and accelerometer data to. In addition, the project helped TRL to gain an internal understanding of the possibilities of using smartphones as mass physical sensor platforms, which will allow TRL to develop a mass research data set in the future to further research and consultancy aims.