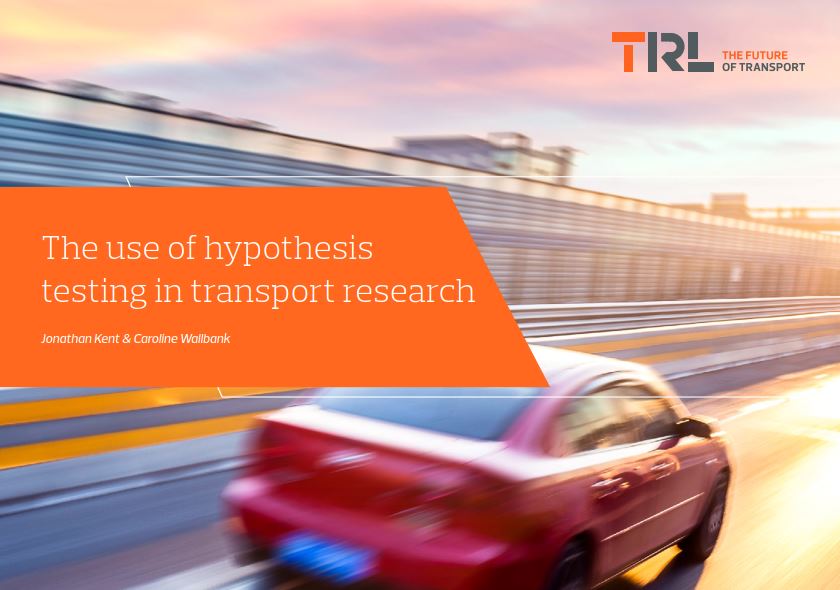 The use of hypothesis testing in transport research

Hypothesis testing is a well-used statistical method to evaluate whether a proposition is true or false. A fundamental part of the testing procedure is the calculation and interpretation of a p-value, which represents the probability of a set of data being observed, under the assumption that the proposition is true. This null hypothesis is then rejected if the p-value is less than a certain threshold, usually 0.05.

In recent years, some members of the scientific community have called into question the validity of the hypothesis testing approach, because it places so much emphasis on whether or not a value is above or below an arbitrary threshold. We think that hypothesis testing is still a valid method, but it is important that, as well as the p-value additional information such as effect sizes is taken into account when interpreting results. In addition, there are alternative approaches, such as equivalence testing or Bayesian hypothesis testing, which should be considered in certain circumstances.