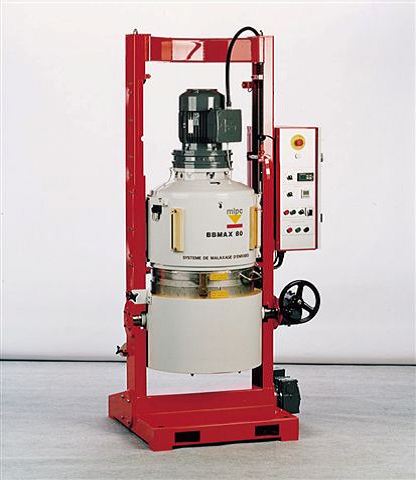 Our materials lab is able to develop small batch asphalt mix design and we have wide range of wheel track testing equipment.

TRL’s Structures Testing Hall is able to conduct large and small scale structural testing over short and long term loading programmes as designed to meet requirements of the elements in question.

The key feature of the Structures Hall is the strong floor that enables structural elements and beams to be tested either statically or dynamically at loads of up to 1,200 tonnes.

Testing can be undertaken using standard or purpose built test rigs and a fully automated data collection system is available to monitor and record load, deflection and strain data from a range of instrumentation during the testing process.

Loading is achieved either by using hydraulic jacks powered by the main hydraulic pump which operates at 3000 psi and delivers oil at a rate of 180l/min, or smaller Enerpac jacks that operate by hand or electrically driven pumps. Various jacks are available which can apply static and dynamic loads up to 100 tonnes in both compression and tension.

As well as being used in the laboratory the Enerpac loading jacks are also available for on site testing.

Other facilities within the main Structures Hall include smaller dedicated loading machines such as the 150kN Instron and 500kN Avery Denison, that can be used for both compressive and tensile load testing.

There is also a 1m3 environmental cabinet which can operate over temperature and humidity ranges of -40oC to +120oC and 35% to 95% respectively.

The asphalt mixing and materials testing laboratories provide TRL with the ability to manufacture and test a wide range of asphalt surfacing and base test specimens.

The BBPAC plate compactor is used for making slabs of asphalt in accordance with BS EN 12697-33. The material is placed in a rectangular mould and subjected to the action of a wheel or pair of wheels that may combine vertical movements (with application of variable preset loads), longitudinal movements (at constant speed), and traverse movements (imposed or free positions). The bottom of the mould moves to keep the top of the material in the rolling plane.

The precompacting, compacting and surfacing stages are effected in succession by changing the settings of the apparatus. The front of the compactor frame is open to make handling the moulds easy. The slabs may be used in the Orniereur rutting tester or can be sawn or cored to provide specimens for other laboratory tests e.g. direct tensile, bending and shear fatigue.

The pneumatically powered roller compactor was originally designed to provide a solution to the problem of making homogeneous laboratory specimens large enough to be used for wheel-tracking tests. It is used to compact to either a target mixture density or to provide a standard compactive effort to a range of different asphaltic paving materials. Features include slab thickness from 50 to 100mm, slab dimension of 305mm by 305mm and a compactive effort of 30kN over a 305mm roll width at 7 Bar and 38kN at 9 Bar.

Wheel tracking is used to assess the resistance to rutting of asphaltic materials under conditions which simulate the effect of traffic. Two versions of wheel-tracking tester are available within the laboratories.

In the ‘French’ wheel-tracker asphalt specimens are subjected to repeated passes of a wheel fitted with a tyre, to BS EN 12697-22 (large size device), mounted on a carriage that moves back and forth inducing permanent deformation. Up to two specimens can be tested simultaneously on two separate supports, for testing with the same or different specimens. The rolling loads are channelled and a variable angle makes it possible to introduce a skidding component if desired.

The ‘UK’ wheel-tracker uses a loaded wheel to track a sample under specified conditions of load, speed and temperature, to BS EN 12697-22 (small size device). The development of the rut profile is continuously monitored during the test. Test specimens can either be slabs prepared with the roller compactor or 200mm diameter cores cut from the highway. Loading can be at speeds of up to 53 passes per minute at a load of 520N and at a temperature of up to 60oC.

The three key mechanical properties of asphalt mixtures are determined by means of a suite of tests performed in a pneumatically operated piece of apparatus known as the Nottingham Asphalt Tester (NAT).

This uses either 100mm or 150mm diameter cores to determine indirect tensile stiffness modulus (ITSM), resistance to permanent deformation and resistance to fatigue cracking. The ITSM test determines the elastic stiffness of the asphalt, the value of which can be used to quantify the load spreading ability of the material.

TRL is a UKAS accredited test lab for the pursposes of quality assurance and compliance.

For a quotation or further details about our lab materials testing, please contact the Service desk directly by email.